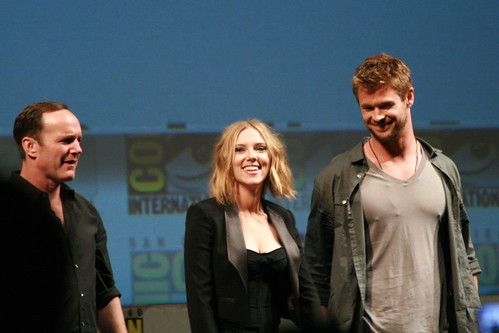 Avengers: Endgame is currently breaking pretty much every cinematic record ever set while the star-studded cast is doing press all around the world. Some interviews are definitely better than others and this one is a rather charming delight in spite of the title, Playground Insults.

Check out Chris Hemsworth (Thor) and Scarlett Johansson (Black Widow) going head to head, throwing around the silliest, most immature playground insults you’ve probably ever heard off the actual playground. It’s a savage game that has already seen Chris Pratt take on Jennifer Lawrence and Ryan Reynolds up against Josh Brolin.

My personal favourites include “your biceps look like Thanksgiving turkeys” and “do you even know how to spell your name because nobody else does.”