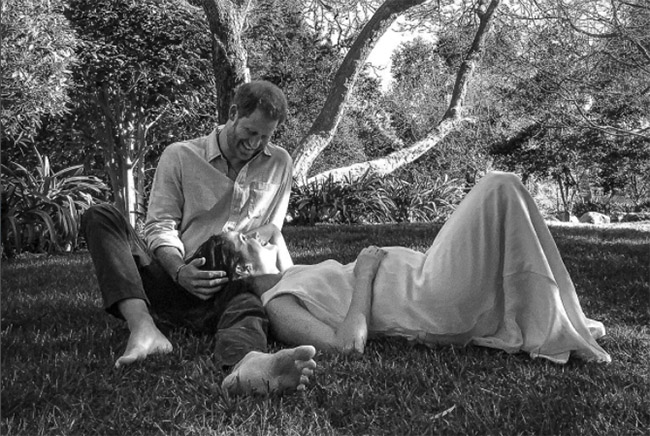 Prince Harry and Meghan Markle are expecting their second child.

“We can confirm that Archie is going to be a big brother. The Duke and Duchess of Sussex are overjoyed to be expecting their second child,” their spokesperson said in a statement.

The announcement was accompanied by a beautiful black and white photo of Meghan lying in Harry’s lap under a tree, her hand on her baby bump.

It was taken by photographer and longtime friend of the couple, Mila Harriman.

Meg, I was there at your wedding to witness this love story begin, and my friend, I am honoured to capture it grow. Congratulations to The Duke and Duchess of Sussex on this joyous news!#remoteshoot #shotonipad #shotbymisan pic.twitter.com/3iSYjydVj9

A Buckingham Palace spokesman said the Queen, Duke of Edinburgh, Prince of Wales and the rest of the Royal Family "are delighted and wish them well".

They shared the news on Valentine's Day in the UK, which is no coincidence. It is 37 years ago to the day that Princess Diana announced she was pregnant with her second child, Harry.

It seems Harry and Meghan always find a way to keep Princess Di in their lives.

No due date has been given for this next royal baby, who will be 8th in line to the throne and a little brother or sister to son, Archie, who will turn 2 in May.

This happy news comes just days after Princess Eugenie - the daughter of Prince Andrew and Sarah Ferguson - announced the arrival of son with Jack Brooksbank, which some people are saying is bad timing.

Last November Meghan wrote a deeply personal essay revealing the grief she felt after having a miscarriage in July.